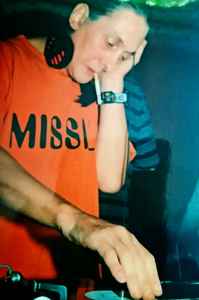 Faver's musical career began when he started working in the Small Wonder record shop in London. When the shop launched a punk label of the same name, Faver scouted potential signings including The Cure, and Bauhaus, whilst also designing most of the label artwork. He then began DJing in punk clubs such as The Marquee, Vortex, The Roxy and Speakeasy. Entering into a partnership with Kevin Millins, he formed a company called Final Solution, in order to put on their own events, gigs and club nights. In 1982 he became resident at the Camden Palace, where he would stay until 1988.

With the rise of house music he became resident at Asylum and Pyramid, whilst also promoting a night at the WAG club, and having a residency at The Rex in Paris. When Millins set up the Rage night, he hired Faver as resident DJ, alongside Fabio & Grooverider. After Rage closed Faver began co-promoting his own techno night, Knowledge, this time teaming-up with Jane Howard. During this time, he also promoted Deep Space, and Submerge, as well as continuing with his long-running Kiss FM show. Faver was also co-founder of the now defunct label Rabbit City Records in 1991, with Gordon Matthewman.

This mix is a tribute to my dearly departed brother, guru, mentor & Godfather of the UK electronic dance music scene, the legend that is Colin Faver.

For the new kids on the block who don't know who Colin Faver is, he's the reason that you're dancing & enjoying the global dance music scene as we know it.

Rewind to the post punk era of the early 80s. It's 1982 & Colin Faver gives up is job as a commercial graphic artist & is working for a record shop in Walthamstow London called Small Wonder records, who signed the first Cure & Bauhaus singles. It was then when the first wave of New Wave electronic music surfaced & Colin was mixing up electronic music at the New Romantic Institution that was the Camden Palace championing music from Kraftwerk to Afrika Bambaataa to Visage. It was this music that directly inspired the likes of Juan Atkins in Detroit & Frankie Knuckles (RIP) in Chicago, who were without doubt Colin's American counterparts in the birth of House & Techno Music in the mid 80s.

Colin remained the resident at the Camden Palace into the late 80s as well as being resident at Pyramid at Heaven & Jungle at Busbys playing House & Techno as it had never been heard before in the mid 80s. After this came Colin's residency at RIP at Clink Street in 1988, Dungeons in Lea Bridge Road in 1989, Rage at Heaven in 89-90, Knowledge in the early 90s & played at just about every top club in the UK that played dance music.

Colin was a regular DJ on London's Kiss FM when it was no more than a weekend pirate radio station in the mid 80s & held down a weekly radio show once Kiss became legal for the best part of 2 decades.

Colin Faver is the reason I got started in this scene, allowing me to rap with him at the Camden Palace in 1984 & fully taking me under his wing, along with Eddie Richards in early 1986 as their resident House Music rapper, way before I was a DJ in late 87, when these two huge influences became my colleagues on the decks too. I have everything to thank them both for as they were my mentors & influences.

This tribute mix is coincidentally 3:03 long & was mixed using 100% vinyl from the 80s & early 90s, is emotional & has been uploaded unedited, warts & all, with pure love from the heart.

My condolences go out to Colin's long term partner Brenda Russell & all those who loved him. Colin Faver R.I.P.

Colin Favor is the man single handedly responsible of my early interest in techno; I remember flicking through the FM dial aged 12 and hearing the weirdest REPETITIVE robot noises. I didn't understand it of course but I was somehow mesmerised by the streams of DATs of machine music from obscure Germans you've never heard of. He always pushed the techno side of things but of course there was the Hardcore stuff as well in the early nineties - Colin always pushed the sounds he thought were pioneering. Big respect Mr Favor, I know you're on a different tip these days but just wanted to say thank for the (techno) music!