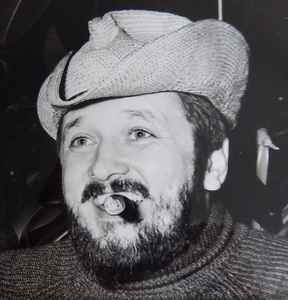 Profile:
Born 10. January 1935 in Huntsville, Arkansas (USA), died 29 May 2022, Ronnie Hawkins was a pioneering rock and roll musician, highly influential in the introduction & growth of rock music in Canada. On advice from Conway Twitty, Hawkins toured Canada in 1958 where he found instant success in Hamilton, Ontario, and later settled down in Mississauga before moving to Stoney Lake, just outside of Peterborough, Ontario, in 1970. It was here he established his "Hawkstone" complex, nicknamed "Canada's Graceland."

Usually touring and sometimes recording as Ronnie Hawkins And The Hawks (2), Hawkins is legendary for his skill as a talent scout & mentor. His band had an ever-changing lineup with many members going on to successful careers elsewhere. Notable in his career was the December 1969 stay by John Lennon & Yoko Ono at his home in Mississauga, Ontario. Lennon signed his erotic "Bag One" lithographs during his stay there during the couple's campaign to promote world peace. His achievements include induction into Canada's Walk of Fame in 2002, in recognition of his lifetime contribution to music and his generous support of the Schizophrenia Society of Ontario and other charitable organizations. He was inducted into the Canadian Music Industry Hall of Fame in 2004, and in 2013, Hawkins was made an Honourary Officer of the Order of Canada.

Hawkins has been mostly retired since his 80th birthday concert, dubbed "The Last Hurrah", at Toronto's Massey Hall in 2015, and sold Hawkstone in 2017.

R.I.P.
Always I have just associated Ronnie Hawkins with The Hawks and The Band (who I do love), but reading this article shows his importance on rock and roll:
Toronto Star - "Ronnie Hawkins, cross-border rockabilly legend and endearing showman, dies at 87".