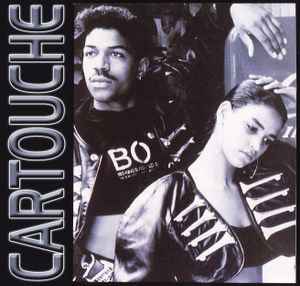 Profile:
Behind [Belgian Dance Act] Cartouche stands the producer Serge Ramaekers, who also took part to the projects T-spoon, 2 Boys... Their first single Feel The Groove was an instant hit. In France it peaked to #13. An album entitled House Music All Night Long followed. It was co-produced by Wim Tops and Peter Revalk, released in Canada and US before Germany.

Hold On was released as single in the US under Scotti Bros label in 1991. It was co-produced, mixed and co-written by Freddy Bastone.

The Canadian version of Miracles included 3 extra mixes, among them a remix by 1-800-Dis-N-Dat.

2007 : the former members of the project kept in touch. Jean-Paul Visser is living in Holland. He is still not married and does not have any children. Myrelle Tholen runs a streetdance school in Essen (Belgium). She married Jan, and they have a 13 years old daugther called Joandi, and a almost 3 years old son names Gianluca. Myrelle does not sing anymore to have more time for her family and her other passion, streetdance.

The producer of Cartouche was Serge Raemakers wich produced the records in order of Eric Jorissen, owner of the Cartouche Dancing in Wuustwezel.

On the backflip of the first Cartouche single "Feel the Groove" you can read the name 'J.Peemen' as one of the co-producers. He was a formaly DJ in the Discoteque.

The Discotheque does not longer excist, in the same building is a club now called "The Site"