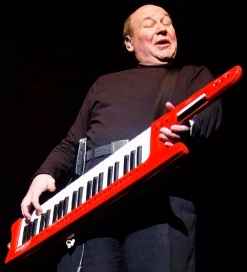 Following Lighthouse, Hoffert began pursuing a career as a composer, arranger and record producer in Toronto.
Other achievements include, teaching film composition at York University; founder and chairman of the Canadian Academy of Cinema; president of the Guild of Canadian Film and Television Composers; and a member of the Order of Canada.