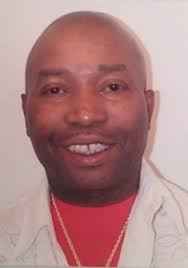 Real Name:
Bernard Ervin Taylor
Profile:
Bernard "Beloyd" Taylor was an American R&B songwriter, multi-instrumentalist (mainly guitar and percussion) and vocalist born on September 7, 1952 in Cleveland, OH. Taylor joined S.O.U.L. in 1972 and was a touring member of Earth, Wind & Fire in 1981/1982. He died in Cleveland on January 13, 2014.
Note: Credits that either are the real surname alone (or misspellings thereof) or include the real forename (or its initial) belong to the real name profile Bernard Taylor.
Sites:
Facebook
Aliases:
Bernard Taylor
Variations:
Viewing All | Beloyd Taylor
B. Taylor, B.L. Taylor, Beloyd

August 5, 2022
It's rumoured that their are only 3 acetates of Beloyd's unreleased album in existence. It absolutely floors me as to why this has NOT yet been released, but the 3 of you in possession of those acetates would do well to share it with the world. Can only imagine how incredible all of it is!

May 20, 2017
There is also an untitled album of Beloyd that has never been released unfortunately. A test pressing of that LP surfaced on the net these days and was sold for a lot of money. It contained a slightly different version of the well-known title "Get Into Your Life" as well as "Today All Day" and 6 other never heard before tracks by Bernard Taylor.
See 1 reply