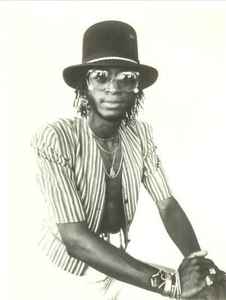 Real Name:
Jerome Eugene Brailey
Profile:
Jerome Eugene "Bigfoot" Brailey is an American drummer, best known for his work with P-Funk, which includes the bands Parliament, Funkadelic, and numerous related projects. Brailey is a member of the Rock and Roll Hall of Fame, inducted in 1997 with fifteen other members of Parliament-Funkadelic.

Brailey started performing in the early 1970s with R&B groups The Unifics continuing with The Five Stairsteps and The Chambers Brothers. Jerome played on the original studio recording of the classic R&B song, O-o-h Child by The Five Stairsteps later joining George Clinton's P-Funk collective in 1975 and appeared on many of their most popular recordings. He co-wrote one of Parliament's biggest hits, "Give Up the Funk (Tear the Roof Off the Sucker)", with George Clinton and Bootsy Collins. Samples from that body of work have since appeared on hundreds of hip hop and contemporary R&B songs.