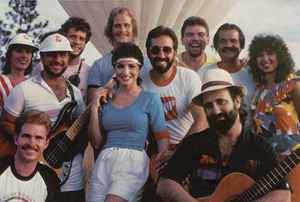 Profile:
One of the most successful Latin American bands to crossover into the English-language market. They helped pave the way of success for many other Latin artists.

Started by then, bandleader and accordion player, Emilio Estefan, Jr., as the Miami Latin Boys, in 1975, as a weekend job.

The group name changed a year later to Miami Sound Machine, when Emilio invited a female singer, Gloria Fajardo and her cousin Merci Navarro, to join the band after a well performed audition on stage. In 1977, the group recorded their first album for a local label, Audiofon Records. Emilio would marry Gloria, a year later.

In 1980, CBS signed them to their new Latin American label, Discos CBS International and 1984's "Dr. Beat" disco smash, would lead the way to a deal with major CBS label, Epic.