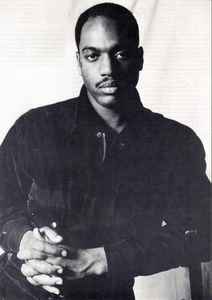 Real Name:
Gabriel Jackson
Profile:
Spoonie Gee was the nephew of veteran R&B producer Bobby Robinson and one of the earliest rap artists. He was known as the "love rapper," an image that was established by his first record, "Love Rap", released on his uncle's Enjoy label as the flip side of the Treacherous Three's "The New Rap Language". The bulk of early rap records reproduced an MC's party routine with a loose sequence of narrative, boasting, and call and response. Spoonie's initial outing, however, organized a hip-hop styled record around a romantic theme, coming closer to the lyrical norms of pop music. The intimate "Love Rap" was accompanied only by drum set and congas, and Spoonie's next record continued in a similarly minimalist vein. The voice-over on 1979's "Spoonin' Rap" stuck to more conventional old-school boasting but looks forward to the gangsta attitude in its jailhouse references. "Spoonin' Rap" was also prophetic in its use of flexatone and heavily echoed voice, suggesting the Jamaican connection that was denied in early interviews by some of the rap originators. In 1980, Spoonie collaborated with Sequence on a classic single, "Monster Jam", probably the last word on the series of "Good Times" / "Another One Bites the Dust" variations, and a classic in the Sugar Hill vein, complete with a bone-crushing bass line and ecstatic crowd noises.
Sites:
Wikipedia, Facebook
Aliases:
Gabriel Jackson
Variations:
Viewing All | Spoonie Gee
Spoonie "Gee", Spoonie G, Spoonie G., Spoonin G, Spoonin Gee, Spoony G