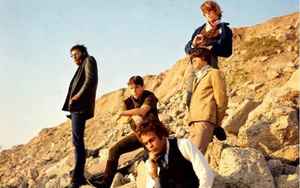 Profile:
Signed to Elektra records along with the Doors (who were influenced by them in their early days), Love were the kings of the Los Angeles psychedelic rock scene during the late sixties period - the "Forever Changes" album (1967) is regarded as one the greatest rock albums of all time.

Arthur Lee continued to make music under the name Love after the original line-up split in early 1968, as well as working on solo material.
He spent his last years touring the Forever Changes album with a new backing band following his release from prison in 2001.

Arthur Lee died peacefully at Methodist Hospital in Memphis, a little after four in the afternoon Aug 3, 2006 with his wife Diane by his side. He was 61 years old.