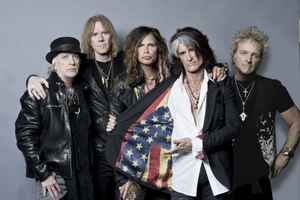 March 20, 2022
As with any live performances should sample on yt if interested in how they played the songs. My review is primarily focused on sound quality and cover. Cover is thin nothing special at all, no inserts. Now sound...coming from someone who's spent some dough on a system and appreciates quality pressings....Id give this a 5 out of 10. Overall has a warm texture and some instruments have good depth/texture and can sound gorgeous though out of place since the entire band sound suffers throughout.
The bass/lows are ok. It does play bright, vocals always too forward, slightly thin in the mids. It's definitely a mixed bag. It's not a total poor recording there are just things good and bad that are obvious to spot. If you have a very revealing system and like transparency you will never play this load unless you already suffer from ear damage and can't hear so well. However If your system is the type that interjects alot of color to music and hides flaws you are likely able to enjoy the positives about this pressing and overall have a better experience. Hope that helps anyone considering.
Reply Notify me Helpful

Steven tyler has big lips. Bigger than Mick jagger's I think. This band completely survived off their two 80's albums. Lady looks like a dude or whatever! I'm bored.