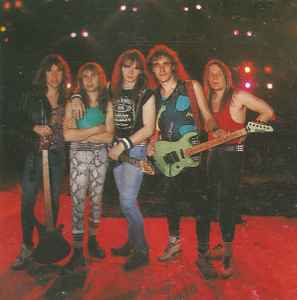 Profile:
Aria is a Russian heavy metal band that formed in 1985 in Moscow. Although not the first Soviet band to play Heavy music, Aria was the first to break through to mainstream media and commercial success. According to several public polls, Aria ranks among top 10 most popular Russian rock bands. Their music resembles the sound of NWOBHM bands, for which they have been dubbed "Russian Iron Maiden" by the media. Most of Aria's lyrics have been written not by the band's members but by professional poets Margarita Pushkina and Alexander Yelin.
Alik Granovsky in 2006

Aria is the root of so-called "Aria family": several bands formed by its former members. In 1987, four ex-members of Aria formed the band Master, who are still considered, along with Aria, one of the most influential Russian metal bands. Vocalist Valery Kipelov, who was the main voice of the band for the majority of albums they have released, departed in 2002 and formed his own heavy-metal band Kipelov.