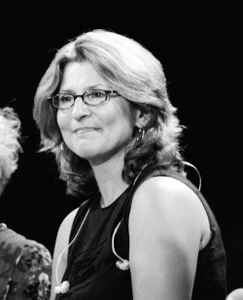 Profile:
American jazz singer, born on July 23, 1952 in Brooklyn, NY. In the mid-1960s, she began singing with the Young Generation, which released one single ("The Hideaway") on Red Bird Records. She later joined the folk group The Loved Ones (later known as Laurel Canyon), where she had remained until being discovered by NYC taxi driver Tim Hauser at a party. Hauser, who had been looking to get back into four-part harmony singing after his group the Manhattan Transfer broke up, had asked her to help out on some demos, after which she agreed to join what would eventually become the second incarnation of the Manhattan Transfer. It was during this time that she won ten Grammy as part of the group, as well as a Grammy nomination for her second solo album, At Home.
Sites:
janissiegel.com, Wikipedia
In Groups:
Greek Food Choir, JaLaLa, Laurel Canyon, The Loved Ones (14), The Manhattan Transfer, The Young Generation (6), Voicestra
Variations:
Viewing All | Janis Siegel
J. Siegel, Janice Segal, Janice Siegel, Janis, Janis Seigel, Janis Siegal, Janis Siegelová, Seigal, Siegel, Siegl, ナイトソングス