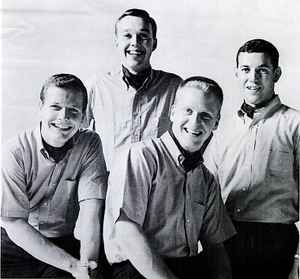 Highlights from their career include: having their 2nd single released in January 1960, "Greenfields," hit #2 on the pop charts, and their first album, Brothers Four, make the top 20; having their 4th single, "The Green Leaves of Summer," from the John Wayne movie The Alamo, nominated for an Academy Award and performing the song at the 1961 Academy Awards; and having their 2nd album, "BMOC/Best Music On/Off Campus", go top 10. They also recorded the theme song for the ABC television series Hootenanny, "Hootenanny Saturday Night," in 1963.

The Brothers Four continue to tour and perform across America performing as part of the "This Land is Your Land" live all-star folk concert tour, inspired by the PBS TV Folk Music Special.