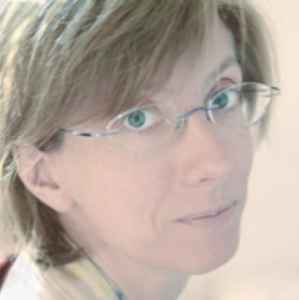 Profile:
Composer Sophie Lacaze was born in Lourdes (France) in 1963. After her musical studies at the Conservatoire National de Region de Toulouse, she went on to further studies at the Ecole Normale de Musique de Paris, where she received the Composition Prize. Afterwards, she studied with Allain Gaussin, Antoine Tisne and Philippe Manoury in France, and with Franco Donatoni and Ennio Morricone at the Accademia Musicale Chigiana di Siena (Italy). She also engaged in music theatre with Georges Aperghis at the Centre Acanthes and attended Pierre Boulez's courses in College de France. In 2002, she was invited for a residency at the Electronic Music Unit of the Elder Conservatorium of Music, University of Adelaide (Australia).

After having travelled in several countries, especially in Australia, she came back in France in 2006. Her compositions, which range from works for solo instruments to chamber and orchestral music, with also two operas and works with tape, are regularly performed in more than 20 countries.

Sophie Lacaze was awarded the Grand Prix Lyceen des Compositeurs (2009) for "les quatre elements", concerto for flute, children choir and small percussion instruments, and in 2010 she received the Claude Arrieu Prize of the SACEM for her body of work. In 2012, she is laureate of the association Beaumarchais - SACD.
Sites:
sophielacaze.com