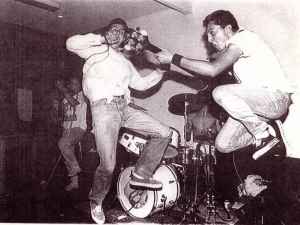 Profile:
Indigesti was an Italian hardcore band, based in West North Italy area. Started in november 1981.
Their most active period lasted from 1981/1987 with three european tours and one USA tour in 1986.
Still considered one of the best & most important HC bands during the '80s.
Most knowing for their legendary live acts, for one of the famous 7inches ever (Indigesti / Wretched 7ep - D.I.Y released in september 82) and for the cult release 'Osservati Dall'Inganno' full lenght album.