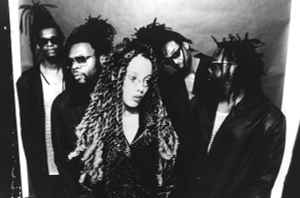 Profile:
Led by producer/vocalist/songwriter DJ Jazzie B, Soul II Soul was one of the most innovative dance/R&B outfits of the late '80s, creating a seductive, deep R&B that borrowed from Philly soul, disco, reggae, and '80s hip-hop. Originally featuring Jazzie B, producer/arranger Nellee Hooper and instrumentalist Philip Daddae Harvey, the musical collective came together in the late '80s. Two singles, "Fairplay" and "Feel Free", began to attract attention both in clubs and in the press.
Featuring the vocals of Caron Wheeler, Soul II Soul's third single "Keep on Movin'", reached the U.K. Top Ten in March of 1989. Released in the summer of 1989, "Back to Life" also featured Wheeler and became their first number 1 hit. Soul II Soul released their debut album, Club Classics, Vol. One, shortly afterward.
Wheeler left the group before the recording of the group's second album, Vol. 2: 1990 — A New Decade. The album debuted at number one in the U.K., yet it caught the group in a holding pattern. Hooper soon left the collective, leaving Jazzie B. to soldier on alone. Hooper went on to work with several of the most influential and popular acts of the early '90s, including Massive Attack, Björk, Madonna and U2.

I'll never forget when the first single charted in the UK and the DJ on German NDR 2 radio read out the British charts pronounced them "Soul ee ee Soul" (The letter "i" is pronounced "ee" in German...)

Truly magnificent. Both 'Club Classics Vol. 1' and '1990: A New Decade' deserve contant play for attention. Even if the group later achieved less, these two albums stand as powerful testimony to anyone ever willing of exploring a group as eclectic (and in their own right ahead of the time) - Soul II Soul were unique in mixing pop, hip-hop and soul music without damaging any of the genre's essence. Today R'n'B is dreadful and horrifying in its eroticising - with Soul II Soul, sex is as tasty as a box of finest chocolates.

Soul II Soul was one of the main responsible to create a whole new type of soulful quality dance music at the end of the eighties to the beginning of the next decade. Through the lovely Caron Wheeler’s lyrics like “Back to life, back to reality” and “Keep on movin’ don’t stop no!”, infectious hip hop influenced beats, strings and the charming spirit of the R&B, their tunes became instantly massive hits. At least, we can be certain that their work represented an interesting counterbalance to the cheesy italo-house stuff through the many dancefloors of the World.