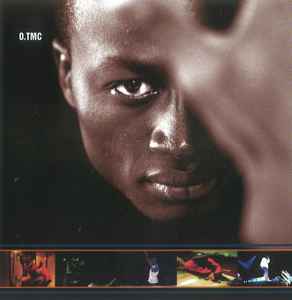 Real Name:
Ousmane Traoré
Profile:
OTMC is a rapper, music producer, director, videographer, and member of the group Dubmatique. With groupmates DiSoul, and Dj Choice, they are pioneers of the hip-hop scene in Quebec. In 1997, they released "La force de comprendre" which sold 150 000 copies and went platinum in Quebec alone. At the local event to recognize achievements in the music industry called "Le Gala de L'ADISQ", they were the first local hip-hop group to win trophies. Throughout the years, they won "Group of the Year", "Best Rock Alternative Album" (their first year at "Le Gala de L'ADISQ", they didn't have a hip-hop section), and "Best Hip-hop Album" twice.

In 1999, they released the self-titled album "Dubmatique", who went gold. In 2001, they separated after their third record "Influences". That year OTMC released the Rap/Rnb compilation "Procès verbal". The song for the single and the video clip is the song is " Zoukin", by Rnb group O.N.E.. The lead singer was a pre-fame Corneille in an early appearance on television and airwaves.

In 2006, OTMC released his first solo "Sincérité volontaire", where he takes a melodic musical direction with acoustics instruments. In 2008, a Facebook group with the goal to reunite Dubmatique is created. 50 000 fans joined and it led to the release of their fourth output "Trait d’union". Ever since with his group or solo, OTMC is seen performing, hosting events, directing music videos, and producing music for other artists.

In 2019, with Dubmatique, they were the first hip-hop group to win the "Classic song award" at the Socan Gala (an event to celebrate Canadian music that had an important success). Afterward, he launched the music label Yokobok, within that endeavor he produced the album "Business et sentiment 3" by Jeune Rebeu which was released in 2021. Also that year, he was a featured guest on Élage Diouf's release "Wutiko".
Sites:
instagram.com
Aliases:
Ousmane Traoré (2)
Variations:
Viewing All | OTMC
O.T MC, O.TMC, OT MC