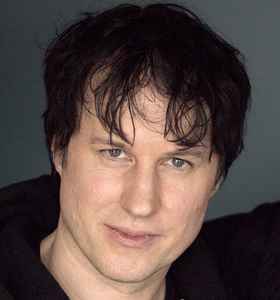 Founded Digital Hardcore Recordings (DHR) together with Peter Lawton, as well as Geist Records and Eat Your Heart Out.

December 17, 2020
One of the many innovative and pioneering electronic artists of some the harsher jungle and drum n bass styles of the early 90s. among his long-spanning catalogue there is something for everyone as he released some excellent punk rock-esque albums on his own label and techno side-projects on Force inc and Mille Plateaux too. Used to chat to him every so often though and found him a bit aloof on occasion. for recommendations, I insist people new to his music check out The Destroyer, Low on Ice, Limited Editions, and Generation Star Wars (although physically on vinyl some of these seem to go for a lot more money than on CD).

Alec also always sets the bar also with his many expansive remixes, including battering Elvis Presley songs into oblivion and the ones he did of Bjork which predate her experimentation with breakcore styles as Empire was pushing her music to that limit as early as 1997.

He's kinda disappeared doing solo stuff to reunite ATR so his releases are a bit far and between these days but as stated anyone wanting to press with some of his earlier should check any of the stuff previously mentioned.
Reply Notify me Helpful

September 12, 2010
Allthough I dislike much of his excentric starfucker attitudes, the more I like his sound, his intention in Noisy experiments and his influence in Breakbeat/-core! His "Generation Star Wars", "Destroyer" along with ATR's "1995/Redefine the enemy" were groundbreaking and kick ass at the same time. Later on (after 2000th) I miss some innovation in his sound, but all in all I know this guy is true at heart!
Reply Notify me 2 Helpful

Whenever I put on an Alec Empire production (see: Atari Teenage Riot), I listen to it with a sense of fear. It is simply a blend of the hardest styles of music, noise and Digital Hardcore. Some of his productions are acid house-y, some are ambient, but the ones with the most conviction are the hardest. As an audiophile, the sense of fear I approach an Empire production with is unique, I am a masochist for the length of the record, which is a role reversal for me. When I listen to Merzbow, I'm simply in a zone, when I listen to Empire, I must submit or become overwhelmed. As an Atari Teenage Riot fan, exposed via Reznor, I clearly remember the first time I picked up Alec Empire Vs. Merzbow, I was overwhelmed and fell into a sleepish daze, while playing the recording for the first time. Some criticize his harsh sound, they don't understand sound. His breaks and acid house are some of the best, but when I think of that genre, I'll put in Aphex, for uncompromising noise and electronics, I'll often put in Empire. His more melodic punk/rock/industrial is also among his best recordings. Empire has a collection of haters, this is because he is utterly uncompromising. Instead of hate, I have respect for him. As a fellow anarchist, Empire, socialism like fascism is the opposite of anarchy! Carl seemed to get this according to his lyrics, I hope you do to.

As a final note, Empire is one of the most underrated muscians on planet earth, then again most of the unique artists always are, never played on radio, don't get the love they deserve. But the love they get is unique, even if from an otherwise apathetic crowd.
Reply Notify me 2 Helpful

To say Alec Empire's styles and releases are diverse is a vast understatement. Nevertheless all of his music is infused with so much energy that it sounds and feels more alive than any other artist I know of. Whether it's his aggressive punk roots, his raw, emotional soundscapes or his DIY/underground attitude (like a true rockstar), he makes music that you can physically feel.

From starting a record label that has defined a genre and subculture, to hardcore electro-punk that demands a revolution, to ambience so cold you can see your breath, to tackling new aural terrains every step along the way, each record and production is ground breaking in it's own right.

Some of his stuff isn't for everyone, but there's so many different styles Alec Empire takes on that you can't pigeon hole him. If you listen to one record and don't like it, try another. Sure he may be the godfather of digital hardcore and that will show up with greater frequency in the foreground or background, but jungle, acid, industrial, punk, techno, hip hop, ambient, noise, or even straight up rock 'n roll... he's been there and has done that too.

I can say with certainty that Alec Empire either has the shortest attention span for styles because once he's done them he's bored with it, or he is set to conquer ever genre that he can grasp and make his own. I'm inclined to think it's the latter, but i wouldn't be surprised if it's really a bit of both.