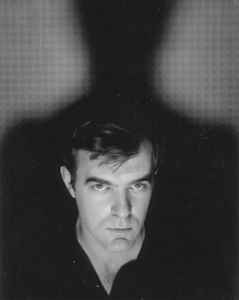 Boyd used to be interesting when he did things to challenge the establishment such as bringing Betty Ford a sheep's head. It's been pretty sad to see him get old and turn into a clown. The guy loves Donald Trump and Vladamir Putin. His Instagram page is an embarrassing spectacle full of utter nonsense. Separating his art from who he is as a person, his art is sometimes interesting and sometimes not, but on a personal level he's like the neighbor that is so unattractive that you'd sell your house to get away from him because he ruins the neighborhood just by living next door to you. In a twist of irony he turned out to be one of those ugly, annoying "People" that make life so unpleasant.

From all the things that have been said about him, the one which officially describes him better is Prankster.
While the unofficial would be Sociopath.
The two are irremediable linked for the only benefit of Boyd himself. And for the self deception from all the ones who never questioned his motives or genuinely believed he was in for political reasons behind his works. Boyd is loyal to just one thing. His own grandiose intelligent, insightful, all time illuminated and clever self, and one may not even find something behind that many masks. Just take note...

He had been republican wanker, tiki bar expert, barbie and 60s girlie pop collectionist, drunkhard, white power clown, Laveyan Satanist, Social Darwinism advocate, crypto Nazi enthusiast, Sangrial esoterist, cocaine user, photographer, Charlie Manson rescuer, "noise-ician" (as in musician), wife beater, Showman and from all these applications he had come and go as a child in a carnival routine, first the pop corn, later the roller coaster and the whirling wheel to then pass to the horror train and finish it all puking his shoes with the cotton candy.

Boyd is extreme by all means as a true sociopath should be, his music never shows a slight sense of limit or self control, it's brutal and violently pushing and even in calmness there's not a scent of peace but unnerving tension and demise (take as example "children of the black sun").
When he press the pedal to the metal, he will surely burnt out the engine and come out laughing from the flames (Take "Receive the flame" as the example), his enthusiasm becomes rapidly into megalomaniac obsession and even fairly comic routine even though if intended to sound serious (take as example "Might!").

Is Boyd intelligent? Hell yes, very intelligent.
Most psychopaths tend to have high levels of rational intelligence. It's very interesting to find out what Manson said about him after all the visits and personal interviews, after Boyd toyed with the old sixties psycho grandpa making him believe whatever he wanted to believe. Two psychos at play!
Manson said "Boyd is a pimp".
And a pimp he is for sure.
He had made almost everyone in the art-wise spectrum to dig into his aural tantrums, his artistic dungs and his misanthropic diatribes, his esoteric deleriums, his Satanic depletion and his fascist shortcomings.
He is a pimp and we have been his bitches.

I think only person who ever made him unmask and baffle was Diamanda Galas after the dispute in the Mute label. Boyd never was the same afterwards, he later made that photograph collage of the open legs from a woman showing a vagina with the inscription "beware all ye who enters here".
Boyd is intelligent but that didn't impede that all his fiends in music left him completely alone and like a pariah. Old Doug Pearce, Albin Julius, Jello Biafra, among many many others. Something must not be wrong with people but the person in question when they all have very negative opinions of his persona. Boyd's will praise it all with the motto: "Molti nemici, molto honore" while erasing several lines of coke.

Is Boyd funny? , well if having a sense for misanthropy and self aggradizement and mysoginy as humour then yes one can laugh as an authentic Ted Bundy with him. Why not? I guess we all may have a monster inside. Some may use it to kill, some to make pranks, (or should I say art?) some for both things, right?
But Boyd is hardly the most jokeful persona in industrial music, his number is at the very least predictable. There are far better representatives with it, Negativland for once, the black humor from Snog, the degenerate mordacity from Sleep chamber.
It's hard to find exemplars on the terrain of doing something beyond black humor into genocidal, at least for a public that is not merely represented by a bunch of sociopaths.

Now that I mention sociopaths... As usual with psychopaths he was unmasked too late, when the indigestion was guaranteed, and the diarrhea imminent. Too bad for the believers, I hope you can laugh, if not about the joke, at least about the laughter itself.

Boyd is a Prankster and a nihilist, that is all what he is. All his work meanders this reality, there's no true consistency other than his self lack of limit and direction, his obsessive fantasies, his childish tantrums, his manías and his gigantic ego taking over the next mask or victim.

Boyd should be studied one day as an example in psychopathology in contemporary arts, along the lines of Walter Sickert, the painter who some believe, Jack the ripper was. Who knows? Maybe one day we may find out that Boyd was also prolific in this camp.
See 2 replies

Of the legion of self important douche bags to come out of the industrial music seen, and I love each and everyone of them, he is the only one with a sense of humor. If yours is similar to his is another matter.

Once an icon, now a clown. In his homepage he states 'You must be eighteen years or older to view this site'. He mistakenly wrote 'older' instead of 'younger'.

Some people will always like to remain impassive spectators of the world's movement, like turning, drifitng, and occurinng actions.
Or they will try to convince themselves that they cant or dont play any part in History (the one we are living now), so why bother?
I believe that they couldnt care less. Most people care just for their own asses safety and well being.

Politics occur in everything we do, as we act and speak, we perform political acts, regardless of naming it as such or not. They do.
Our words and actions are political with a width meaning. I dont speak about politics meaning the political system and it's representatives,
or just politics as an administration of power.

Considering something as "art" is just the way to fetishise a form of human creativity and make it immune to criticique.

Boyd Rice is not just right-wing. He is a self-proclaimed racist and social-darwinist, satanist and elitist, misogynist (all with his own words).
Boyd Rice is something worse than just a nazi. He is a nazi that tries to sail under false colors his hate messages, secret under the coat of "art".
There are proofs about his anti-semitist and nazi beliefs you don't have to be a historian researcher or an academic intellectual to understand,
except if you are wittingly blind, 'you dont care too much' just like the majority.

Considering rape fun and women subordinate, denying the holocaust (or, even better, asking for a successful recurrence of it, a total extinction), screaming out loud
"we want total war" is very political to me. And it should be to anyone who thinks that politics are not just labels or the exclusive field of professional statesmen, television electoral debates and bureaucratic procedures.

I am not willing to support something just like a consumer, accept it as another available product for sale in the market,
put up with something generally hostile to what is broadly meant as freedom. and to me its hostile directly and specifically what i have in mind
in just for it's aesthetic approach or value. stowing it's general background, like i only care about the surface. Pretend you are blind or scratch the surface.

'music collectors', 'fans', and lifestyle consumers are pretty much expected to make even the both rims. because they are too 'extreme'.
hipsters will do their thing. even call an antifascist a fascist and equate both because of criticizing (in this case) nazi misanthropic ideologies.
believing fascism is just an oppressive behavior.
i got bored years ago trying to convince them about anything so obvious, open-and-shut.
now i dong give much shit for 'convincing people' i think.
but "artistic freedom".
for the nazis?
i dont think so...

Boyd Rice is one of the most misunderstood figures in underground music. If you are unfortunate enough to label yourself and your beliefs as 'right wing' or 'left wing' he will undoubtedly infuriate the more sanctimonious of those who only take a very superficial reading of things.

He does little to clarify for people who need things broken down so they can be put into tidy boxes of morality of 'good' or 'bad'. I guess he likes the notoriety.

Anyway, Boyd Rice is an INCREDIBLE recording artist. Under the names of Non, Boyd Rice & Friends, Scorpion Wind and Sickness of Snakes (a project with Coil) he has created some of the best music of the genres of Industrial, Noise and Neofolk.

If you've heard second-hand that he's some kind of 'neo-Nazi' and have decided he should be avoided - think for yourself. Do yourself a favor and check him out.

February 1, 2010
Boyd, oh Boyd... how can we ever take him seriously? One one side we have a truly terrifying character - knowing much about music, demonstrating his ability to present both - most abrasive and most melodic on equal level of sheer perversity. On the other, this character is too introverted and somewhat misanthropic - yet expecting the outside world to honour his egomaniacal genius for all the 'love' or 'hate', which in Rice's case both seem confusing. Who can ever tell?

A strange numeral moment on this page at the time of writing this tiny comment - there are 555 items for sale... this "strange number" might increase in the future. Heh...