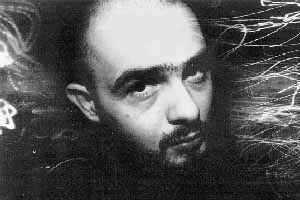 Real Name:
Mick Harris
Profile:
Lull was conceived in late '91 by former Napalm Death drummer Mick Harris (who also created the ambient dub outfit Scorn) in an attempt to create music that would stretch, if not forsake entirely, the structures of conventional music by developing and exploring sound without beats. Harris' initial foray as Lull into low frequency sound exploration was issued in late '92 under the title Dreamt About Dreaming on the respected underground Sentrax label. In between his Scorn commitments, the ever prolific Harris continued to develop Lull by recording and releasing scores of 7's and compilation tracks, as well as two more full-lengths that each punctuated another stage of his progression.
Sites:
godflesh.com, Wikipedia
Aliases:
Clang, Eddy Masvoodler, Fret, Lensman, Mick Harris, Micky Tornado, Monrella, Quoit, Terminal (2), The Weakener

January 23, 2019
Please get out of retirement, Mick. We miss your ingenious isolationist soundscapes. You have made some of the finest atmospheres I have heard from any Dark Ambient artist or Ambient in general.

Cold Summer and Journey Through Underworlds are timeless classics that will forever haunt our minds with their profound atmospheres and I, no, WE all thank you for those gems.