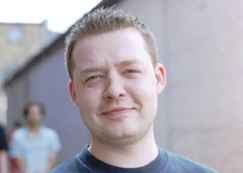 Real Name:
Beau Ivan Thomas
Profile:
British musician, dance producer, D.J., and mastering engineer. He was, for many years, one third of the act 'Intense' (and aliases), who were popular for their Hardcore, and Drum & Bass releases. He began mastering in 1999, for Heathmans (who were then known as Tape To Tape), where he remained until 2008 when he joined Masterpiece. In November 2012 he opened his own studio "Ten Eight Seven Mastering", who also specialise in vinyl and CD mastering. Whilst still occasionally producing music, Thomas now prioritises the mastering.

October 16, 2020
Absolutely a legend among good men. Probably half of my records are signed by Beau , huge reespek.
Reply  See 1 reply Notify me 2 Helpful