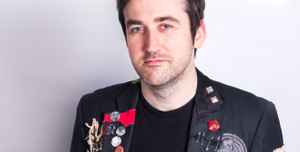 Real Name:
Matt Thomas
Profile:
King Unique is Matt Thomas, an all round studio junkie and dj with a taste for tripped-out cosmic techno and rough-edged underground house; in a career spanning over a decade KU’s distinctive sound has won an enviable global following. A ceaseless schedule of dj sets and festival gigs backed up by relentless studio sessions resulting in scores of records, remixes and radio broadcasts has made the KU sound an instantly recognizable part of the music-life of millions of the world’s clubbers - and a fixture in the vinyl crates, cd wallets and laptops of the world’s most influential djs. Consistently appealing across genres the tracks have been played by everyone from John Digweed to Soulwax, Richie Hawtin to Tiesto, and have turned up everywhere from Hollywood soundtracks to mobile ringtones - not to mention countless compilations and mix albums.

Formed in 2001 by Matt Thomas & Matthew Roberts, King Unique hit the floor running, claiming the title of Undisputed Remix Champs by scoring five Essential New Tunes in five months on Pete Tong's "Essential Selection" Radio 1 show. A US Billboard Dance Chart number 1 for the remix of Dirty Vegas’ “Walk Into The Sun”, plus two more solo Essential New Tunes for Matt under his Watkins and Mainframe alter-egos saw KU firmly cement their place amongst the ranks of first-call remixers. The King Unique production touch has been in constant demand since, appearing on more than sixty remixes and yielding some of the biggest dance floor bombs known to man - Underworld's "Two Months Off", The Killers "Somebody Told Me", Planet Funk’s “The Switch”, Luke Slater "Feels Like Love", and Tracey Thorn’s "Grand Canyon".

2006 saw the end of the original duo’s studio partnership, as Matt Thomas took on the King Unique role as a solo artist. The four years since have seen the KU sound rise to new heights with a mixture of euphoric acidic melodies, dark brooding techno vibes and old skool beats. This new 'cosmic techno' has found it's home on John Digweed's Bedrock label with the release of "2000000 Suns" and the KU / Anthony Pappa collaboration “Vamoosh”. Backing up the new material have been remixes of John Digweed’s “Bilder”, Hernan Cattaneo’s “Teleport”, Fergie’s “PCP” and an on-going association with James Lavelle’s UNKLE project that has so far resulted in five stunning re-workings; “Heaven”, "Heavy Drug", “The Answer”, “Reign feat. Ian Brown” & “Rabbit In Your Headlights feat. Thom Yorke” - all adding up to reaffirm Matt's status as one of the most versatile and consistent producers of the last ten years.

The renowned King Unique dj set has made KU a regular addition to the line up of some of the world's most respected clubs and biggest festivals, playing everywhere from ultra-hip blacked-out sweat boxes in Tokyo to euphoric crowds of thousands on the tropical beaches of Madeira. An increasingly hectic international schedule has seen Matt racking up enough air-miles for a free trip to the moon, with gigs in Sydney, Panama, Budapest, Seoul, Helsinki, Mexico City, Dubai, Rosario, Bogota, Kazantip, Vilnius - just to name a handful. Since the very first shows Matt has pushed at the cutting edge of the technology revolution that's swept through club culture, taking laptops, new gadgets and studio gear into the booth. 2010 saw the addition of the near mythic Monome controller to the sonic armoury - part track-mangling Ableton controller and part psychedelic light show, lovingly hand built by techno-hippies in the Catskill Mountains.