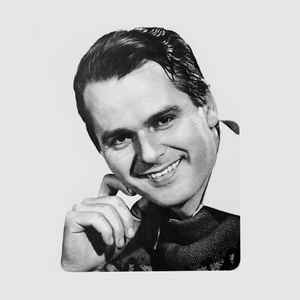 Profile:
Umberto Marcato (b. 1936 in Padua, Italy) is an Italian singer, currently living in Sweden.

Marcato started his career at the age of 18, when he became the singer of the Casamatta Orchestra, led by Luciano Viani. With the orchestra, he toured in Italy and later on, in the rest of the Europe. In 1957, during a successful tour in Scandinavia, the orchestra signed a contract with the Swedish Karusell, and recorded four songs: "Maruzzella", "Lazzarella", "Guaglione" and "Chella llà". These songs were a success in Sweden, but also in Finland.

In the early 1960's, Marcato recorded "Volare", "Ciao ciao bambina", "Come prima", "Romantica" and "Tintarella di luna", among others. In 1963, he also recorded several songs in Finnish, composed by Toivo Kärki, including "Marja-Leena" and "Liljankukka". In 1964, together with the singer Siw Malmkvist, Marcato released the song "Sole sole sole" which was a small success all over the world, including the US (#58) and Canada (#32).

Since his start at Karusell, Marcato had worked with the producer, and friend, Simon Brehm. When Brehm died in 1967, Marcato stopped singing and established a record distribution company in Italy. He returned to performing three years later, touring Sweden with Gert Geller's orchestra.

In the 1990's Marcato had his own record company in Italy, it released some records by Swedish artists, including Lena Philipsson and Arvingarna. He still continued touring Sweden, and in 2009 he returned to Finland, as part of the "Sinitaivas" tour. Marcato is still performing in both Finland and Sweden.
Variations:
All | Umberto Marcato
Marcato, U. Marcato, Umberto, Umberto And The Casamatta Orchestra