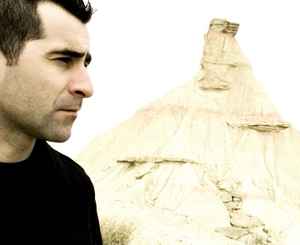 Real Name:
Manix Salazar
Profile:
Pail is Manix Salazar's musical project. Born in Vitoria-Gasteiz, city where he lives and owns a recording studio (Aktiv-Akt Studios) where he composes and creates his music, which can be defined as Electro Industrial in which we can find various different influences such as Electro-industrial, Techno, EBM, breakbeat or ambient.

Epidemic is his debut album edited by his very own record company CAUSTIC RECORDS created by Manix S. in 1998 due to the lack of discographic alternatives for this sort of music in our country. Nowadays its been consolidated as the main Spanish company dedicated to edit and export the very best music created here among the vast variety of styles the company supports: Electro-Industrial, EBM, Dark Body, Dark Folk, Dark Ambient, Neoclassical, etc...

In January 99 Epidemic is liscensed by the company Dion Fortune/ECR. in Germany The album is distributed in Europe, USA and Canada achieving great success beyond our national borders. Due to this fact Pail is interviewed by the main magazines among the European Industrial Scene even repercuting in Rusia, Ucrania or Rumania where the track take it out obtained the 3rd place on the hitlist from Radio Sky in Constanta. Besides, Pail appears in international compilations of companies such as Dependent, Dion Fortune, Flatline, Dystopian, etc.., sharing place with such important bands as Front Line Assembly, Numb, Individual Totem, Wumpscut, Click Click, Suicide Commando, Haujobb, Dive, Biopsy, etc.

Bei Finsterdem Tagesanbruch is Pails second album where four new songs, edited in 12 vinil, appear and where breakbeat, electro, industrial and techno rythms are mixed. The vinil is a 500 units limited edition.This vinil was going to be the advance to Pails second full album but due to various reasons (change and remodelation of the studio among them) was never finished, leaving all other songs in a master that might someday be edited.

Once finished the moving and expansion of the studio (from now on 'Aktiv-Act Studios') we begin to incubate what will be the new album "Towards Nowhere", which is released on January 2005 and edited by Caustic Records. This new work is built upon twelve new songs and is presented in luxury digipack with a 20 pages booklet. Thanks to the good reception by public and critics of "Towards Nowhere", it is licensed and distributed in GAS territory (Germany, Austria and Switzerland) by the prestigious label BLOODLINE (www.bloodline.de) and in USA, Canada and Japan by the USA label NEGATIVE GAIN PRODUCTIONS (www.negativegain.com).

A new artwork for the american edition of "Towards Nowhere" will be created by Scott Graig, who has worked for Wumpscut, Kiew, Stromkerm, among others. The edition of this new album makes PAIL appear in compilations of labels like BLC (USA) and Alfa Matrix (Belgium) or magazines like Orkus or Sonic Seducer. With this second album PAIL enters the "Bullets" section of the DAC (Deutsche Alternative Charts) where they stay for several weeks.

"Faith in the void" is the fourth album which is released on May 2011 and edited by Caustic Records. With this new album PAIL enters again the "Bullets" section of the DAC (Deutsche Alternative Charts) and entered the German electronics Web / GEWC (albums-position 9) in the month of June. criticism of the press were very good and the album entered the sections of the best work of the year in many webzines and magazines.

In the present time he is working on his fifth album.
Sites:
Bandcamp, Facebook, MySpace
Aliases:
Manix S.