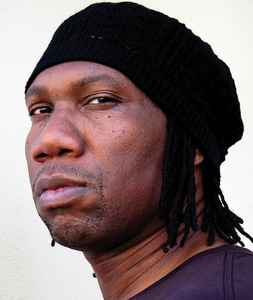 Real Name:
Lawrence Krisna Parker
Profile:
Lawrence Parker (born August 20, 1965 in The Bronx, NY, United States), better known by his stage name KRS-One, is an American MC and producer. His name is an acronym of "Knowledge Reigns Supreme Over Nearly Everyone".

Originally a Graffiti Artist, he designed the logo for B-Boy Records who released his first recordings. Over his career, he has been known by several pseudonyms including "Kris Parker," "The Blastmaster," "The Teacha," and "The Philosopher." At the 2008 BET Awards, KRS-One was the recipient of the Lifetime Achievement Award for all his work and effort towards the Stop the Violence Movement as well as the overall pioneering of hip-hop music and culture.

December 11, 2008
There’s a great video with KRS-One on SF Iam. KRS-ONE is one of the pioneers in rap, and hip-hop, back in the day with it was called “the jam.” KRS-One tells it like it is to a group of students at the Academy of Art in San Francisco. KRS-One is the man and I love his music and hope to hear more of it.

KRS has got a great philosophy on school and life. You can check out the vid here: