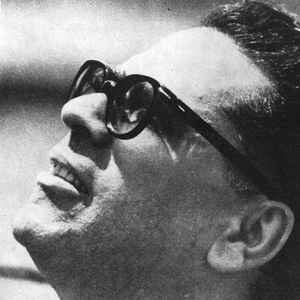 Real Name:
Gaetano Oliviero
Profile:
Italian musician and composer (Naples, February 13, 1918 - Rome, March 1, 1980).
Great and pure musician of Neapolitan music, his strong and rare personality along with his great ability to compose such wonderful music are unforgettable. Born in Naples at the end of the great war, Nino Oliviero showed an outstanding talent for music ever since he was a child. His mother was the first to have this intuition and for this reason decided to have a “quartino” made for him, a very small violin built on purpose for his tiny little hands, at the tender age of five.
She did this secretly from her husband, who certainly would not have understood the gesture of encouraging such a decision, that of music, in a time so uncertain.
After only a few years of studying, the secret was unveiled. The father was unwillingly taken to a musical audition for children and was literally amazed when he saw his little Nino perform a sweet serenata for solo violin in such a wonderful way. From that moment on Nino began his long and great musical career. The young talent arrived to the diploma at only sixteen. He achieved the diploma (with the highest grade) at the San Pietro a Majella, the most prestigious music Conservatory in Italy. His examiner was the great artist, Francesco Cilea, author of Arlesiana.
In the meantime, he entered the Oriental University of Naples and began composing his first songs, winning the first prize at the Contest of Piedigrotta with “ Primavera”
This prize enabled him to become one of the upcoming young talents of the time and gave him the possibility to attend the most important cultural and musical circles of the city.
His inspiring lifetime friend and teacher was Libero Bovio, one of the greatest Neapolitan poets (author of “Reginella”, “ O paese d’ ‘o sole”, “Zappatore”). Libero had the habit of opening his home to young and talented artists to whom he joyfully gave incomparable tips on art and culture.
During the same period, Nino composed many other songs, always inspired by a warm and profound sentiment and dominated by the love he had for his wonderful city, Naples.: “suspirata”, “tristezza e’ vierno”, all based on the verses of the great Ferdinando Russo ( songs which were later recorded by Vittorio de Sica).
Then came the darkness of the second World War and Nino was called to become a soldier. The disaster and the destruction of the country eventually led to the beginning of a new era of peace. In 1945, the young artist ( who is newlywed) decided to move to Rome, a city that offered more job opportunities than devastated Naples. He found a job working for FIAT, a job too tight for a free talent as he was, yet even there he managed to apply his creative talent as a composer and came up with an advertising jingle for the launch of the new Topolino car (“la500C”). A year went by and he finally got his first opportunity: the young musician met the famous editor Leonardi which believed in him so much that he asked him to join the Leonardi company, making his dream come true.
He wrote many other beautiful songs such as “ Non conosci Napoli”, “”il pianino e’ partito da Napoli”, “Povero Ammore Mio,”
Until the greatest successes like “Nu quarto e’ luna” with verses by Tito Manlio, “Quanno staje cumme” (verses and music), “ O ciucciariello”, written with his friend Roberto Murolo, “Giuvanne cu a’ chitarra”, with Stefano Canzio. From then onwards Nino’s career has been luminous and overwhelming.
Driven by an extreme and inexhaustible impulse to write music, he started composing movie soundtracks of the time, (Domenica d’agosto, Canzone Appassionata, Cuore di mamma, Napoli sole mio taken from one of his beautiful songs). In 1962, he composed the soundtrack for “Mondo Cane” the new film of Gualtiero Jacopetti, a director he had already worked with for a famous film magazine of the time “Ieri, Oggi, Domani”. The movie had an extraordinary success all over the world, also due to its soundtrack, especially because one of the songs (called “More”) actually won a nomination at the Oscars in 1963. The first time ever for an Italian musician.
At this point Oliviero was a renowned International musician. He won the prestigious “Grammy” award (the American Oscar for music) and continued to compose successful soundtracks worldwide (“Mondo cane2”, “una Moglie Americana” with Ugo Tognazzi, “la Moglie Giapponese” with Gastone Moschin, to the point of being chosen by the famous Vincent Minnelli to compose the music of his last film “Nina”, with Liza Minnelli and Ingrid Bergman. Oliviero did all of this without ever betraying his Neapolitan heart.
At the age of 62 a sudden illness put an end to the life and the career of this magnificent musician, A man of great personality, able to touch the hearts of everyone who had a chance to know him and anyone who was just able to listen to his music.
In Groups:
Nino Oliviero Orchestra
Variations:
Viewing All | Nino Oliviero
G Olivero, G. Oliveira, G. Olivero, G. Oliviero, M. Olivero, M. Oliviero, Mino Oliviero, N Oliviero, N. Oliveiro, N. Olivero, N. Olivielo, N. Olivier, N. Oliviera, N. Olivieri, N. Oliviero, N. Oloviero, N. Olveiro, N.Oliviero, Nini Oliviero, Nino, Nino Olivera, Nino Olivero, Nino Olivieri, Oliveiro, Oliver, Olivere, Oliveriero, Oliverio, Olivero, Olivieiro, Olivier, Oliviera, Oliviere, Oliviereo, Olivieri, Olivierio, Oliviero, Olivièro, Roberto Olivieri, oliviero, Г. Оливьери, Н. Оливьеро, Оливеро, Оливьеро, ニーノ・オリヴェイロ