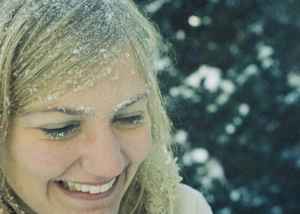 Profile:
The name “Sally Shapiro” refers to both the Swedish duo, consisting of composer & producer Johan Agebjörn and an anonymous singer, as well as the pseudonym of the singer herself. Both live in Lund, Sweden.

Little is known about the person behind Sally Shapiro, whose real name is something else. So far she has been too shy to record a music video or to perform live. When once asked what she does other than singing, she replied: "I dance all nights long on small disco clubs and walk in the moonshine thinking about my love affairs."
Sites:
johanagebjorn.info, Facebook, Bandcamp, Twitter, MySpace
Members:
Johan Agebjörn
Variations:
Viewing All | Sally Shapiro
S. Shapiro