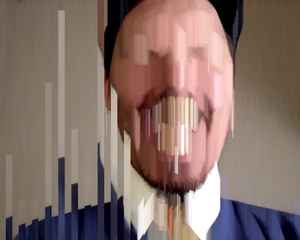 Real Name:
Richard Bailey
Profile:
Proem formerly a resident of Austin, Texas, he now resides in Philadelphia, PA. He has been releasing music since 1999 on labels like Merck, n5MD, and Hydrant.
Bailey started experimenting with electronic devices at an early age, using thrift store turntables, some tape decks, a few cheap Casio SK-5s, and some circuit bent bargain bin keyboards. He currently sequences in FL Studio, using a number of VST plugins, such as Kontakt and Reaktor. He is regarded as an early member of the US IDM scene.
Sites:
proemland.com, placeguntohead.com, Bandcamp, Twitter, SoundCloud, instagram.com, society6.com, Last.fm, Last.fm, flickr.com
Aliases:
Proemedia, Richard Bailey (2)

February 19, 2022
He could have been the best IDM artist if not for falling into the unpleasant Dark Ambient.

Proem really is IDM at its best, especially his 2001-2010 material, which consists of complex rhythms mixed with emotive melodies that rival some of the greatest work in the genre. Big emotional range in this work too, from deep melancholy to playful joy that elevates the music beyond the dry technical ruts the genre often slips into. Socially Inept is one of the best records of that mid-00s IDM era and is essential listening for any fan of the genre, but in truth i enjoy almost everything he's made.

January 5, 2021
Just incredible work from this man; never ceases to amaze.
Richard your works are highly regarded by me and always useful.

May 28, 2015
I know Aphex Twin, Autechre, etc are the founders, but Proem is the best I've ever heard in this realm of music.

March 8, 2015
I am so soooooooo thankful for having been able to experience this guy's music. I cannot describe it with words, his music has changed my life profoundly. And kept my mind clear, to date. Thank you Richard, I really hope that even though one day you will say farewell to sound production, it won't be anytime soon.