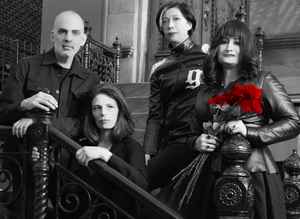 September 13, 2018
In their “Love Letter” fanzine, Book of Love mentioned that Ted’s and Susan’s ancestors were from the same region of Italy, so they were likely very distant cousins.
Reply Notify me 2 Helpful

May 10, 2016
Yep also saw them with Depeche Mode Black Celebration Tour, I caught one of the Roses thrown into the audience but that has long disappeared. BOL was very ahead of there time when they first came onto the scene and they had a very big sound.

August 2, 2003
I didn't realize this until I put this CD in, but if anyone is familiar with the movie "Planes, Trains, Automobiles", Modigliani is the "background" music to the movie. No vocals-just the basic tune. They use it occasionally throughout the movie, during the "emotional" moments.
Reply Notify me 6 Helpful