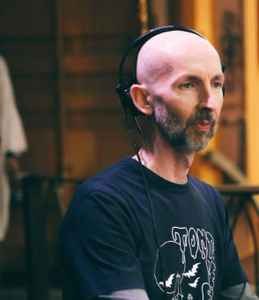 July 11, 2021
Godfather of minimal techno, period. So glad to see his records selling for big prices, because they deserve it. I remember buying his records all throughout the 90s for a few bucks a piece, you could hardly give them away. I'm very happy to have cherished mine over the years!
Reply Notify me 1 Helpful

April 18, 2020
Much Overlooked pioneer of the UK scene. IMHO a northerner moving down to london when arguably the more progressive and wide reaching scene was up north was the wrong move. If he had been on Factory he would be a cultural icon by now. Great body of work mine. Played children of the revolution out recently and went over great...
Reply  See 1 reply Notify me 2 Helpful

July 22, 2018
How has Baby Ford not received any reissues or compilations? Mind boggling.
Reply Notify me 5 Helpful

Very very few producers have been coherent, consistent, forward-thinking throughout over 25 years of house and techno history, well Peter Adshead aka Baby Ford is among the chosen few, first reflecting the colorful craze of the UK acid-house era (first recording 1988), then progressively refining his art and vision to become one of the supremely elegant godfathers of all things deep, minimal, very personally dubby, sometimes moody yet still sharp, when it comes to house or techno.
Also, he's an accomplished artist in the way that his production output is very balanced and never superfluous, always taking his time to release carefully crafted and polished pieces, under his name or through his various projects with other artists (most notably Soul Capsule, Baby Ford & Zip and Minimal Man with the late Eon).
As an A&R, Mr Ford also remains consistently sharp, running Trelik, Ifach and PAL SL, three (!) absolute landmark labels for quality deep sounds since the mid-1990s, which released a fine batch of underground techno and house classics.
Who, among the 1980s american and european pioneers, is still at Mr Ford's level of relevance, consistency and quality some good 25 years later? Well, Larry Heard, perhaps Jeff Mills, and not many else. An exemplary path by a man of depth, vision and wisdom.

September 7, 2011
Baby ford aka Peter Ford is one of the most recognizable names in current dancefloor techno and was one of the founders of the U.K. acid house scene.

He's released records under a slew of pseudonyms, including Casino Classix, El Mal, Solcyc and his most frequent, Baby Ford.
His early work -- heavily influenced by the late-'80s acid house sound, as well as Chicago producers such as Marshall Jefferson, Ron Trent, Armando, and Larry Heard -- appeared primarily through the Rhythm King label, and included classic cuts such as "Oochy Koochy", "Children of the Revolution", and "Fetish".

Material has also appeared on Sire, Source, and Insumision/Transglobal.
He's released four full-length albums to date, including the debut Fordtrax (a staple of most techno DJs) and 1997's Headphone Easyrider, one of his more listener-friendly albums.
His recent work has appeared mostly through Trelik and Ifach -- two of the U.K.'s most highly regarded experimental techno labels, and both of which Ford has a hand in managing (Trelik together with Eon's Ian Loveday; Ifach with Mark Broom).
He’s also collaborating with Thomas Melchior as Soul Capsule and as Sunpeople they released together the track „Check Your Buddha“.
With Ian Loveday he collaborated on a number of projects (including Minimal Man), both for Trelik. Less active as a remixer, Ford has reconfigured tracks for Stefan Robbers' Florence project and pop techno group S'Express, among others. (from ongaku.de)
Reply Notify me 8 Helpful