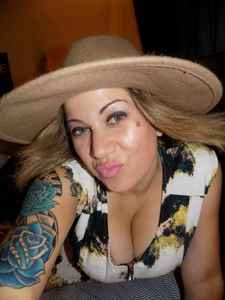 Real Name:
Jillian Rene Wilson
Profile:
Rene Rose was born and raised in San Francisco, California in the Outer Mission District. Her father, born in Hawaii but raised in San Francisco, her mother, born and raised San Franciscan. As a child, her mother always played music such as Smokey Robinson, Barbara Mason and Stevie Wonder. Her Aunts sang at church and around age 4, she was determined that their sound was the most beautiful sound she ever heard. Rene started writing her poems at age 10 and soon advanced herself to short raps and soft medleys at age 12. Her first song was written at age 14. She joined her middle school choir and was given the privilege to sing a solo for Black History Month. You can find this video with James Denman Middle School for the graduating year of 1995.
When she was 16, her cousin Joseph Wilson introduced her to R&B Singer Keith Martin who helped her create her first demo tape. By age 18, she was recording at Laidblack Studios with a San Francisco Rap Group known as SaMoEndz and later on, U.D.I.. At 20, she collaborated with Left Coast Records' President Rod Johnson and Bass Player Race (from Premiere Productions). At Left Coast Records, she made tracks with Bay Area Rappers such as Bald Head Rick, Jay Hodges, Manish Mike and Rod Johnson's son Nando.
In 2007, Rene started recording with Pro Tools. In 2010, Rene released her own mixtape titled Everybody's Talking and 2000 CDs quickly vanished plus over 20,000 plays on MySpace and 200,000 views on YouTube. She established her own musical identity from the Bay Area to L.A. and to the Polynesian Islands of Samoa and Hawaii. She feels appreciated from coming from a mixed breed background of Samoan and Welsh.
Today she works with producer 24 Lifetimez and singer/songwriter Jovan Benson whom she met through her good friend and rapper Cali West. She now works with Lady Jay and This Unck building a studio out of Vallejo California with the help of 24Lifetimez and engineer K-Rock. Her next project will be released in November 2016 by Diggy Down Recordz (http://www.diggydownrecordz.com/) who found her singing on YouTube. It was Oliv who found Rene Rose singing on YouTube. Oliv, who is from Diggy Down Recordz sent Rene many songs for Rene to record and all were completed. I do not think people realize all the hard work us working class put in when we live our normal day to day lives and hold our love in the art of making music. For this project, all music was recorded in the 24Lifetimez studio by 24 and Jovan Benson in Vallejo, Ca. As we move toward the future, the team gets bigger and the dreams seem closer. All along, it was all about the love of music mixed with a little bit of business. Rene will never stop making music and always remain to help others veer toward that dream.
Sites:
Facebook