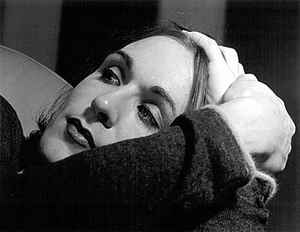 Born in Minnesota and raised in Missouri, Terre Thaemlitz moved to New York in the mid-1980s to pursue art scholarship at Cooper Union. Soon distracted by the growing New York house scene, she began DJing at drag balls and benefits, leading to an Underground Grammy for best DJ in 1991. Although primarily a "dance DJ", Thaemlitz's insistence upon integrating house music's more simplistic patterns with challenging, elaborated structures earned her an uneasy relationship with club promoters looking for DJs whose only commitment was a monotonous dance formula.

Thaemlitz began making her own tracks, beginning with a sort of deepest deep house but quickly moving into genre defying fusions of funk, soul, disco, and musique concrete, and eventually settling into ambient. One of their earliest works, "Comatonse.000", in addition to limited release through her own Comatonse Recordings label, appeared on an early ambient compilation on Instinct Records, gaining a reputation.

As an ambient producer/artist, Thaemlitz focuses mostly on themes of sexual self-identity, alienation and contradiction in her music. Thaemlitz' recorded work, collected on albums such as "Tranquilizer" and "Soil", is closer in tone to ambient-leaning industrialists such as Lustmord, Carl Stone, and (some) Merzbow, as well as 'deep listening' composers such as Pauline Oliveros and Robert Rich, although Thaemlitz also proved to be an awesome deep house and unusual dance music producer at times.

Terre Thaemlitz also recorded with Bill Laswell and did remix work for many other artists.

i would pay good money to listen to a debate between terre and jordan peterson. jokes aside though very intelligent and extremely talented guy..or gal...or both.

I have followed Terre for nearly 20 years now and have been there through his ambient works, his abstract avante garde crudeness to the post rave eccentric noise to his sublime and moving house music and I can confirm. A genius in there. Although a demented one.