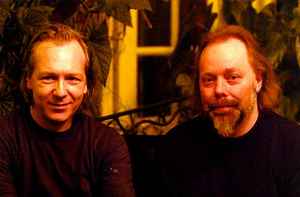 Profile:
French group originally consisting of Eric Mouquet and Michel Sanchez. They helped popularize the so-called "Global Pop", ambient music combined with ethnic sounds. Their song "Sweet Lullaby" became a major hit and in the US over 2 million Deep Forest albums were sold. In 2005 Michel Sanchez left the band to start his solo career.

May 31, 2022
They are a excellent world/ambient music group who is quite possibly the pioneers of the fusion genre type ambient sound you'll often hear in their works, they are extremely unique in the way they bring you the sounds its hard to imagine anybody who can listen to their music and not have peace, tranquility and or discovery of new aspects in their life from the beautiful music they create!