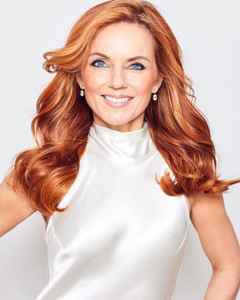 Halliwell came to international music industry in 1996 as Ginger Spice, as member of the most successful girl group in history: Spice Girls. Together they sold over 85 million records worldwide. In 1998 she left the band and rejoined since 2007.
With 11 number-one singles (seven as part of the Spice Girls and four as a solo artist), she is the female singer with the third-most number-one singles in UK Singles Chart history. Halliwell has been nominated for four Brit Awards (in 2000 and 2002).

In 2005, Halliwell released her third studio album Geri Halliwell - Passion with the lead single Geri* - Ride It which peaked number 4 in the UK Top10 and number 3 in some european countries. Her final single of this era was Geri Halliwell - Desire.

In September 12th 2013, after a few years of relative respite from the music scene as solo artist (she rejoined and worked in some projects with the Spice Girls from 2007 till 2012), it was announced by Sony Music Entertainment Australia Pty Ltd. that Halliwell return to the music industry in Australia with the release of her first solo single in nearly eight years, [Invalid Release] matching with her popularity in Australia as fourth judge on music-TV talent: Australia's Got Talent.