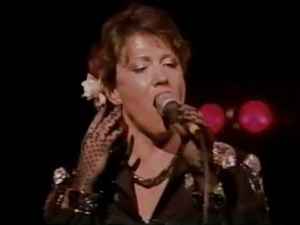 Profile:
Austin, Texas blues singer born in Lubbock, Texas, in 1945.
Singer and songwriter Angela has been an important part of the modern Texas blues scene. She took an early interest in the blues, learning to play bass and harp, and travelling to Chicago so she could see her legendary heroes play live. She formed a band at college and in 1972 was a founding member of Southern Feeling with WC Clark. Three years later she teamed up with Clifford Antone to help run his nightclub, Antone's in Austin, where her loyalty and staging skills helped to build the club’s reputation as a premier music venue.
Antone’s launched their own label, Antone's Records in 1987, and Angela’s debut album ‘Soul Shake’ was one of their first releases. Angela has spent her career gigging around the United States and Europe, playing many blues festivals.