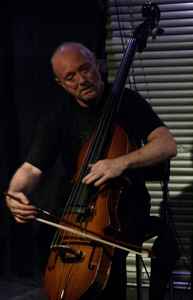 Real Name:
Lisle Ellis
Profile:
Considered by many to be an important voice in improvised music, Ellis' twenty-five years of activity has included stints with the Cecil Taylor Quartet, Paul Bley and a long musical relationship with the late Glenn Spearman. From 1975-1979, Ellis studied in New York at the renowned Creative Music Studio (CMS).

While living in Canada, he co-founded the New Orchestra Workshop (NOW) in 1978 and the Association des Musiciens Improvisaterus de Montreal in 1991. Ellis has toured and performed worldwide with many if not all of the luminaries of creative music. He has also collaborated extensively with dancers, actors, and artists worldwide.

Ellis has recorded extensively and is featured on at least 40 CD's and he began winning awards and commissions in 1978, and in 1991, he was the first musician honored in Canada as a recipient of the Freddie Stone Award, which is presented annually to a musician who has shown innovation and integrity in their field.