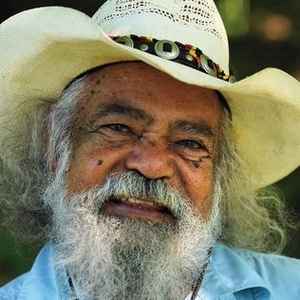 Real Name:
Robert James Randall
Profile:
Bob Randall (born circa 1934 – died 13 May 2015, Mutitjulu, Northern Territory, Australia, aged 81) was an Aboriginal Australian elder, singer, composer, author and community leader. He was a member of the Stolen Generations and became an elder of the Yankunytjatjara people from Central Australia.

In 1970 he wrote the song "Brown Skin Baby" which focused attention on the Stolen Generation. The Stolen Generation were the children of Australian Aboriginal and Torres Strait Islander descent who were removed from their families by the Australian Federal and State government agencies and church missions, under acts of their respective parliaments.
Sites:
Wikipedia