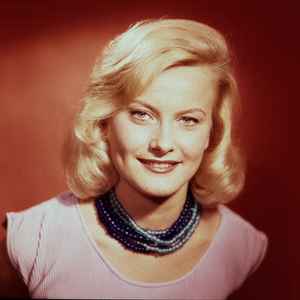 She made her debut in her teens with her father's orchestra in Hagfors, performed as a guest at Eldfesten in Hagfors with Ib Glindemann's big band in 1957 and was cleaned on her feet and accompanied Glindemann to Copenhagen, where she made her first disc recordings in 1958. Under the pseudonym Eva Norén, in 1957 she recorded some so-called singing postcards that could be played on a regular record player.

Later in 1958 she came to Stockholm and sang with Arne Domnéru's band at Nalen. Two years later, she toured the US and recorded, among other things, an LP with trumpeter Thad Jones and tenor saxophonist Zoot Sims (which was not released until 1996).

Zetterlund made a small number of jazz records in English. The most famous was made in collaboration with Bill Evans' trio, Waltz for Debby, recorded in Stockholm in 1964. She herself and many jazz musicians consider it her finest recording. In addition to various jazz interpretations, the Swedish folk melodies "Jag vet en dejlig rosa" and "Vindarna succa uti skogarna" are performed in arrangements by Bill Evans.

Zetterlund paid more attention to the text than many jazz singers, which meant that she also liked to sing hymns and popular music. Her art of giving text and music a personal tone, phrasing and presence developed during the 1960s and is noticeable in her interpretations of Povel Ramel's "Den sista jäntan" in 1966, Olle Adolphson's "Trouble" in 1969 and also more pop songs such as "Gröna små applen " (Stikkan Anderson's Swedish lyrics to "Little Green Apples" (Bobby Russell) with which O.C. Smith had a big hit in 1968).