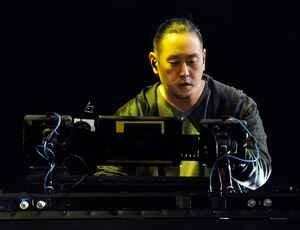 Hahn began deejaying in high school, and he studied illustration at the Art Center College of Design in Pasadena, California. In college, he met Mike Shinoda, and joined his band Xero, which later became known as Linkin Park.

Hahn was called Chairman Hahn on the back cover of Linkin Park's Remix album Reanimation next to the songs "With You" and "Cure For The Itch". Hahn has directed several of Linkin Park's music videos, such as those for "Numb", "From the Inside", "What I've Done", "Somewhere I Belong", "Pts.OF.Athrty", "New Divide", "Bleed it Out" and "Iridescent".
He has also directed videos for Story Of The Year, Xzibit, and Alkaline Trio.

Outside of his work in music, Hahn provided special effects work on The X-Files and the miniseries Frank Herbert's Dune.