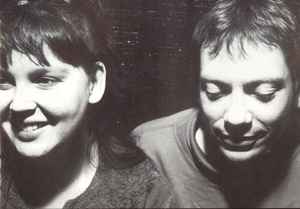 Profile:
Cited as "A leading light of the Michigan space-rock scene" by Allmusic, the minimalist group formed in 1993 around the core husband-and-wife duo of guitarist Carl Hultgren and bassist/singer Windy Weber. (Most of the band's pieces feature no vocals, however.) The band was prolific from the outset up to 2001, whereupon they took a hiatus of a few years.

The music of Windy & Carl borrows heavily from the sounds of 1980s era bands on 4AD Records, specifically that of Robin Guthrie of the Cocteau Twins and various other dream pop and shoegazer acts.

June 6, 2019
Learned of Windy & Carl via one of the Enraptured label's Bedroom Ambience compilations, which I can't recommend highly enough. Those compilations have pointed me toward so many talented and totally unknown artists.
Reply Notify me 2 Helpful

W&C give some hint as to the magnitude of musical spaces yet to be explored. Great music for concentration too - I aced ancient Greek in college, and my secret was studying to the sounds of Antarctica and A Dream of Blue.

On a side note, if anyone knows Josh who used to work at Q is for Choir in SE Portland back in the early-to-mid aughts please tell him I’d like my one-off live CD (that Carl made for me) back. Not very nice to borrow and then keep it. Thanks.

Fantastic meditations on the good, easy, melancholy & dreamy side of life through music. Perfect for a Sunday morning..........and then breakfast !

As it turns out, few people on Discogs ever heard of W&C. Which, to me, is quite sad.
They are, what i would call "The Wire" band. It means that if you love to read magazine called "The Wire" (or visiting their website often), you already know who they are. W&C are producing music since the early 90's, but yet to achieve any sort of success outside of indie/avantgarde circle. Their music is mostly about guitar drones (+ female vocals, appearing in some songs), but not in the vein of, say, Maeror Tri or Final, with more warmth/emotion and less emphasis on abstraction. They are not strictly shoegaze band, but if you're into Slowdive or My Bloody Valentine, you have to listen to any of their CDs.