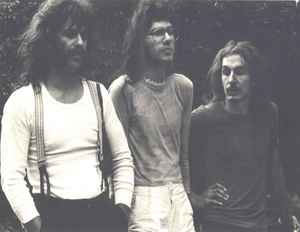 Profile:
Some say that Krautrock died in the mid 1970's. But, no, there was always an underground movement that pushed on to new frontiers whilst the big names went mainstream. One such band was GAM fronted by the guitar maestro Günter Schickert (still active today on the Berlin arts scene), they took the pioneering early Ash Ra Tempel and Guru Guru type Kraut freak-out to a new level, with the new daring of the then blossoming "NDW" new-wave.
Sites:
ultimathulerecords.com
Members:
Axel Struck, Günter Schickert, Michael Leske