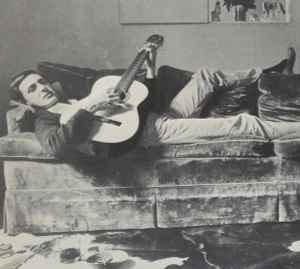 Real Name:
Don Paulin
Profile:
Don Paulin was born in Philadelphia/ Pennsylvania in 1929, but after some psych and sociology at Temple and Columbia, went on the international road as an author, singer & songwriter. He settled down in Germany in the mid-60s and made a living by recording numerous so called folklore-LPs, a style that occupied everything from nursery rhymes via skiffle to fake protest.

In 1967 he married a german girl and stayed in the local area of Munich, where he met the german jazz masters Ingfried Hoffmann and Siegfried Schwab to produce "Me And My Papagayo". Don Paulin returned to the US in the 70s and passed away in 2013.
Variations:
Viewing All | Don Paulin
D. Paulin, Don Paulin's Folk-a-rockedelics, PA, Paulen, Paulin