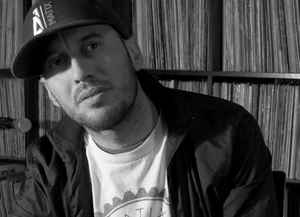 Real Name:
Antonio Herrera
Profile:
A DJ and a producer, DJ Toner belongs to the Spanish old school. A deep connoisseur of the Black music scene, he is clearly influenced by mid-tempos: Jazz, Hip-Hop, Soul, Funk and electronic music. His pure style in mixing, scratching and production makes him a prominent artist within the urban art scene, working with artists of different styles such as flamenco, jazz, hip hop and electronic music.

In 1986 he took his first steps and after years of exploration and development he began composing and producing at the end of the 20th century with Barcelona Cosmos Record label. DJ Toner and his band “Domestic“ released 2 records on this label. "Domestic" and "Microscopical". They later went on to change the band name to “Domestic Jazz Collective”. The members are jazz musicians who merge their personal styles in a live jazz band format: Erik Truffaz (trumpet), Francis Pose (double bass), Marc Ayza (drums), Emilio Ricart (piano), Nardy Catellini (saxophone).

Toner later formed the duo “Indigenous invaders” along with MC Blurum13 (Washington DC). Together they created a very personal electronic Hip-Hop style. Their first single was released on the french label “Jarring Effects” (As long as IC).

DJ Toners sessions are very original and dynamic using a range of styles from old school to Hip Hop Jazz as well as funk, breakers and rare groves …

In 2001 he was recognised as an experimental Dj for his abstract Hip Hop sessions in the Circulo de Bellas Artes of Madrid.

In 2016 DJ Toner released an album called "Grandmaster Jazz vol 1", a fusion of jazz and hip hop styles with the collaboration of artists such as Jorge Pardo, Erik Truffaz and Eric Sánchez.

In 2017 DJ Toner released a 7" single titled "We are one", featuring the collaboration of legends of funk: Fred Thomas (bass guitarist) and Martha High (singer), who during their more than 30 year carreers have played alongside greats such as the mythical James Brown.