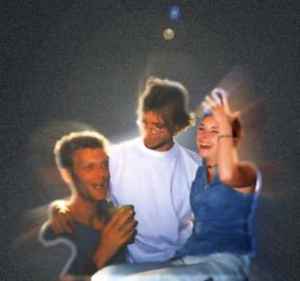 Profile:
Normally Invisible was founded in 1992 by Nico Bosscha, Olaf Wempe and Thiemo van Assendelft, students of the Institute for Sonology at the Royal Conservatory in The Hague, Holland. Coming from various backgrounds, they had discovered a mutual interest in electronic dance music and started producing tracks together in the studios of the institute, but merely at their home studios. In 1994, Thiemo was the first Dutch conservatory student to graduate on a live dance music performance, with the band, held at the "Sonic Acts Festival" in Paradiso, Amsterdam.
They released their debut cd 'Always Ultra With Wings' on the Staalplaat label which came out in februari 1995.
Sites:
normallyinvisible.com
Members:
Nico Bosscha, Olaf Wempe, Thiemo van Assendelft