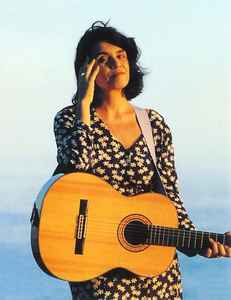 Joyce Moreno (often recording as simply "Joyce") is best known as a Brazilian singer/songwriter and arranger, but is equally adept as an accomplished guitarist; both principally in the Bossa Nova style.

Arguably, her most important work, in terms of a Brazilian socio-political context, was her album "Feminina" (1980).