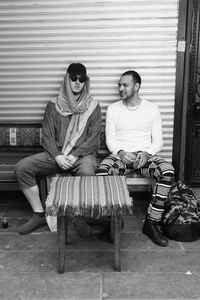 On May 3rd, 2017 it was announced through the band's official Facebook page that Kamaal Williams and Yussef Dayes would no longer be performing together under the name Yussef Kamaal. Instead, the music of Black Focus would be performed by two alternative line-ups, one led by Williams (Henry Wu presents Black Focus Live), and one led by Dayes (Yussef Dayes presents Black Focus). The remaining gigs were split between these two line-ups.
Sites:
yussefkamaal.com, Bandcamp, Facebook
Members:
Henry Williams (15), Yussef Dayes