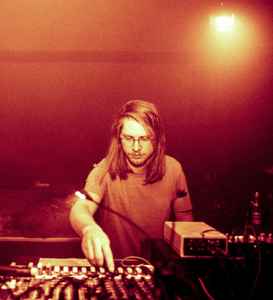 Profile:
Alexander Arpeggio is a Berlin based Dj and producer, founder of Mond Musik and Eine Welt. He started Djing in 2002 influenced by New Wave, Italo Disco and Minimal Synth. His Dj-Sets are always a story comprised of cosmic, wave, obscure disco and contemporary electronics. His label Mond Musik is officially re-releasing and re-editing obscure and sought-after german productions from the late 70s to early 80s like Papertiger And The Catcammer Orchestra, Eiskalte Engel, and Der Gøtling. The Gøtling LP for example was restored and reconstructed from an original tape. Only 50 hand-numbered cassette copies of this underground minimal synth project where released back in 1986! A sub label of Mond Musik called „Eine Welt“ features upcoming and up until now unknown talents, and aims to develop a community of contemporary producers with a different take on dance music. The sound can be described as raw experimental acid, spatial techno, bubbeling soundscapes and fuzzy rhythms. The first releases will be compilations introducing every artist for the first time.
He also curates the bi-monthly event Club Cosmic (a club version of the summer festival Camp Cosmic) as part of his residency at Berlin institution Sameheads. A new party series called Cosmic Service he just started together with Tom Bolas to deliver both electronic music and disco eclectic.
Aliases:
Spacelex
In Groups:
Aufgang B, Ekstern, OTTO (44)
Variations:
Viewing All | Alexander Arpeggio
Arpeggio