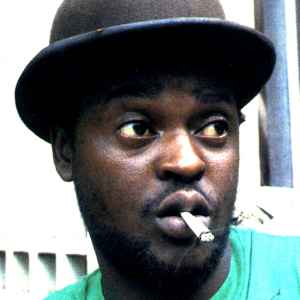 In 1969 Minott teamed up with Tony Tuff and Derrick Howard and formed the group the African Brothers. Tony was the lead singer and they recorded for Micron Music which was run by Mick Johnson and Ronny Burke of Sunsplash fame. The group then recorded for other producers from the likes of Keith Weston, Winston "Marrytone" Blake, Rupie Edwards and Coxsone Dodd. Some of the releases were "Lead us Father", Mystery of Nature", "Party Time" and "Righteous Kingdom". The group sprang up from the gathering at Delacree Rd. and Delamar Ave. corner, properly known as Tony Martin corner where many aspiring artists would mass.

In 1974 Sugar teamed up with ace producer Coxsone Dodd "Studio One". Bringing the label back to life after the loss of John Holt, Ken Boothe, and Alton Ellis to other studio's, His first hit for Studio One was "Vanity" followed by "Mr DC", "House is not a Home" and "Hang on Natty", which led to his first solo album "Live Loving".

In 1979 he left Studio One to form his own label - Black Roots Music, which led to the foundation of Youth Promotion Possie, recording artists like Little John, Triston Palmer, Barry Brown and Tony Tuff.

In my opinion, hardly anybody created a better and more soulful and wonderful sounding bridge for the old and the new sound of Jamaica from the 70ies to the 80ies. The King of Dancehall. Sugar Minott is certainly one of the greatest. His work in the 70ies is amazing and he continued to be as passionted and creative in the music business throughout the 80ies. Music was his life and you could feel that when he was on stage. His unique voice is pure pleasure to listen to ------------ HIM LEGEND -----------