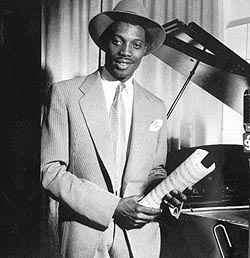 Aldwyn Roberts (better known by the stage name Lord Kitchener) was one of the most internationally famous calypsonians. Kitchener's compositions were enormously popular as the chosen selections for steel bands to perform at the annual National Panorama competition during Trinidad Carnival.