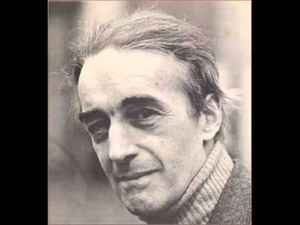 Malcolm's first instrument was the piano, and his first teacher was a nun who recognised his talent and recommended him to the Royal College of Music, where he studied under Herbert Fryer. He attended Wimbledon College, and went on to study at Balliol College, Oxford.

During the Second World War he was a bandleader. After the war, he developed a career as a harpsichordist, although he continued to make occasional appearances as a pianist in chamber music, notably with the Dennis Brain Wind Ensemble. He left few recordings of his piano playing (one interesting example is the first performance of the Gordon Jacob Sextet, written for the group).

In the 1950s he participated in annual concerts featuring four harpsichordists, the three others being Thurston Dart, Denis Vaughan and Eileen Joyce. In 1957 this group also recorded two of Vivaldi's Concertos for Four Harpsichords, one in a Bach arrangement, with the Pro Arte Orchestra under Boris Ord. Malcolm, Dart and Joyce also recorded Bach's Concerto in C for Three Harpsichords. In 1967, he appeared with Eileen Joyce, Geoffrey Parsons and Simon Preston in a 4-harpsichord concert with the Academy of St Martin in the Fields under Neville Marriner in the Royal Festival Hall.

As well as Baroque works, he played modern harpsichord repertoire including his own compositions "Bach before the Mast" (a humorous set of variations on The Sailor's Hornpipe in the style of Johann Sebastian Bach), and "Variations on a Theme of Mozart". Like Wanda Landowska, he favoured rather large 'revival' harpsichords with pedals, built in a modern style, that now are seen as "unauthentic" for Baroque music. While aspects of his interpretations may seem outdated by the standards of today's historically informed performance practice, his recordings and live performances introduced many people to the harpsichord and influenced a number of today's musicians.

He also pursued a notable career as an organist and choir-trainer: for 12 years (1947–1959), he was organist of Westminster Cathedral, where he developed the choir's "continental" sound, which contrasts with that of Anglican choirs. Benjamin Britten's Missa Brevis was commissioned for his retirement. He continued to play the organ, recording the Handel organ concertos for example. Malcolm was founding patron of Spode Music Week, an annual residential music school that places particular emphasis on the music of the Roman Catholic liturgy. Malcolm also composed for voices, a well-known piece being his Palm Sunday introit Ingrediente Domino.
In Groups:
Bath Festival Orchestra, George Malcolm Piano Trio, Menuhin Festival Orchestra, Northern Sinfonia, The Academy Of St. Martin-in-the-Fields, The Early Music Consort Of London, Westminster Cathedral Choir
Variations:
Viewing All | George Malcolm
G. Malcolm, G. Malcom, Georg Malcolm, George Malcom, Malcolm, Malcom, Джордж Малколм